Surrounded by superb natural conditions, the Kyaukpyu deep-water port in the western Rakhine State of Myanmar, is set to become another model project under the Belt and Road Initiative (BRI) framework, benefiting both Myanmar and China.

NAY PYI TAW, Jan. 18 (Xinhua) -- Along the Bay of Bengal on the west tip of Myanmar, the town of Kyaukpyu in Rakhine State sits tranquilly on a 25-meter deep harbor.

This deep-sea port, surrounded by superb natural conditions, could be developed into another demonstration project under the framework of the Belt and Road Initiative (BRI), mutually benefiting both Myanmar and China.

During Chinese President Xi Jinping's state visit to Myanmar on Jan. 17-18, the two sides agreed to strengthen their BRI cooperation, and work hard to push forward the construction of the Kyaukpyu Special Economic Zone (SEZ), according to a joint statement issued by the two countries on Saturday.

In 2014, the Myanmar government invited bidders from around the world for its plan to set up the Kyaukpyu SEZ, one of the country's three national SEZs, in an effort to kick-start the local economy and raise living standards.

The master plan includes a deep-sea port and an accompanying industrial park nearby. 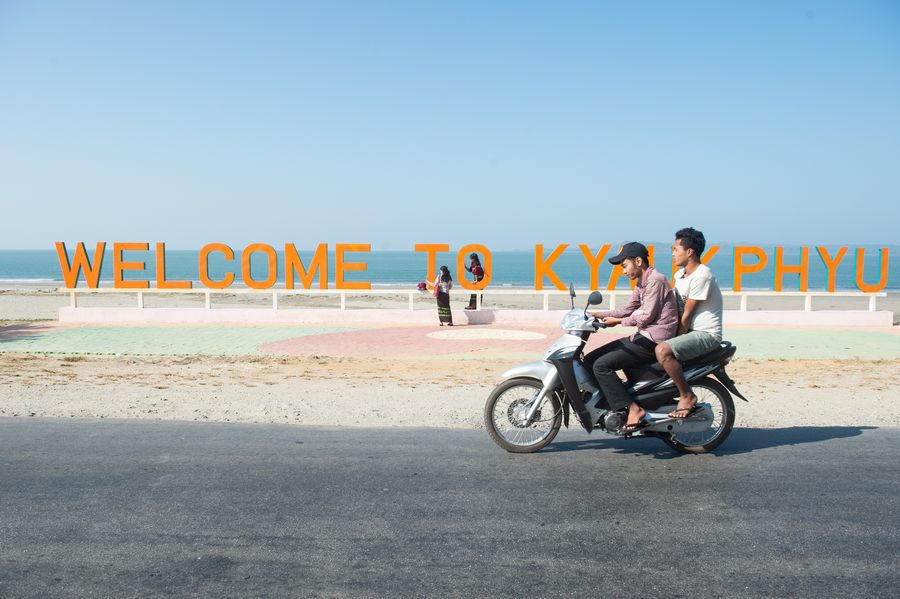 In 2015, a consortium of six companies led by the China International Trust and Investment Corporation (CITIC) won the tender for building the Kyaukpyu SEZ. Three years later, after a marathon of negotiations, the CITIC-led consortium struck a framework agreement with Myanmar on the project.

Port development is divided into four phases, according to the CITIC Group, and the first stage involves the construction of two berths with a total investment of 1.3 billion U.S. dollars. The construction of the port will soon commence after completing economic and social impact assessments.

With the newly reached consensus, the Kyaukpyu port project should pick up pace, raising hopes the project will substantially transform the economic landscape of the township and inject fresh vitality into Myanmar's drive for sustainable development and prosperity for its people.

The CITIC consortium told Xinhua that the port and the industrial park combined will create more than 100,000 jobs each year for local residents and create tax revenues of 15 billon dollars during the initial franchise period of 50 years. 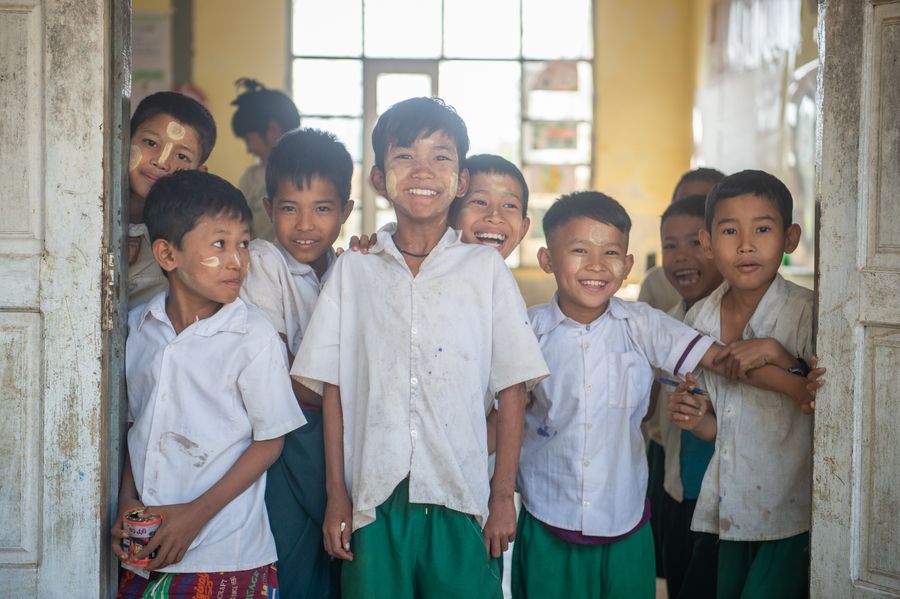 More than six years after China first put forward the BRI, a grand undertaking to build a trade and infrastructure network linking Asia with Europe, Africa and beyond, the Kyaukpyu deep-water port will join the ever-expanding list of BRI projects.

In fact, the port is not only a pivotal point in the "Y"-shaped China-Myanmar Economic Corridor, but also a key project that is win-win in nature in the global blueprint of BRI cooperation. 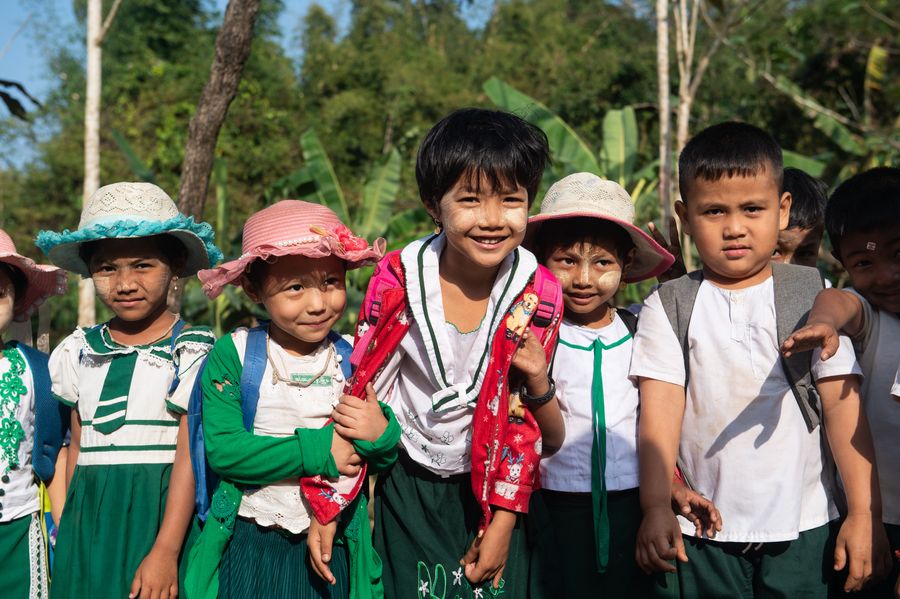 The multi-purpose container port, if completed, is expected to improve transport and logistics, strengthen inter-connectivity and spur the local economy.

The deep-water harbor will help China, Myanmar and other countries enhance trade and play an important role in accelerating regional economic integration.

"With the Kyaukpyu project and the building of the China-Myanmar Economic Corridor, Myanmar can embrace new development opportunities. It's a win-win affair," said Hu Biliang, executive dean of the Belt and Road School at Beijing Normal    University.

The Kyaukpyu SEZ project could consolidate trade and economic ties between Myanmar and China's southwest region, push for stronger cooperation in capacity building, and facilitate the development of an export-oriented economy in southwest China.

Although construction has yet to begin, residents in the town have expressed support for the project, and the hope for more jobs, higher incomes and better lives. 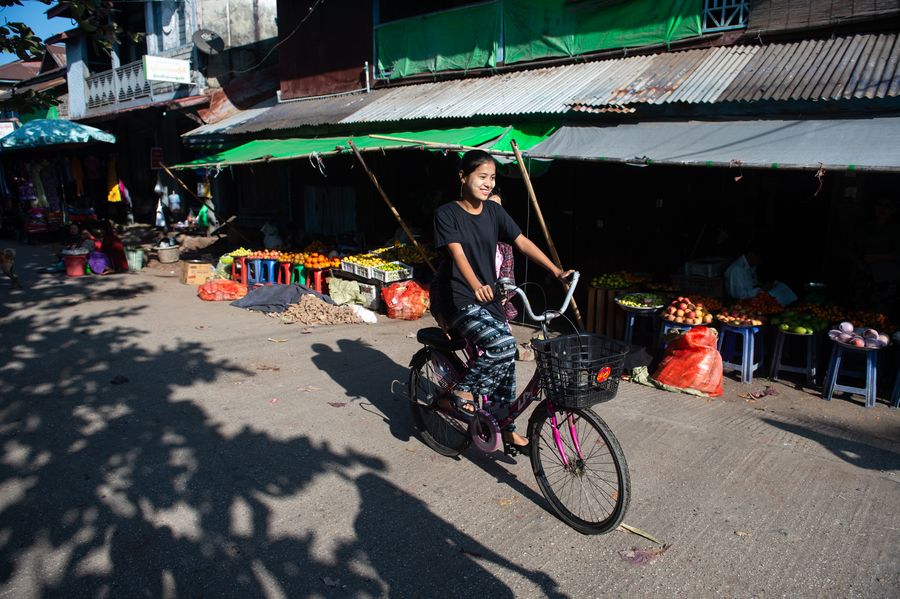 "Many people in Rakhine State have left to other cities or gone abroad for work due to lack of jobs here," and creating more work is the only way to bring them back and help revive the local economy, said Nyeinn Chann Maung, who owns a hotel in    Kyaukpyu and is chairman of Kyaukpyu District Native Ethnic Development Association.

"We face transport difficulties, power shortages, and we don't have a big market, so building only one or two factories alone cannot change the game," he told Xinhua. "That's why we need a large-scale special economic zone."

"We have been looking forward to this project for quite a long time, like people in dire need of water yearning for a timely rain," he said. "With this visit of the Chinese leader, we feel we finally have that long-awaited rain."

Tun Nu, chairman of a local elders' association made up of 18 respected people from various sectors, voiced his hope for launching the Kyaukpyu SEZ as soon as possible. 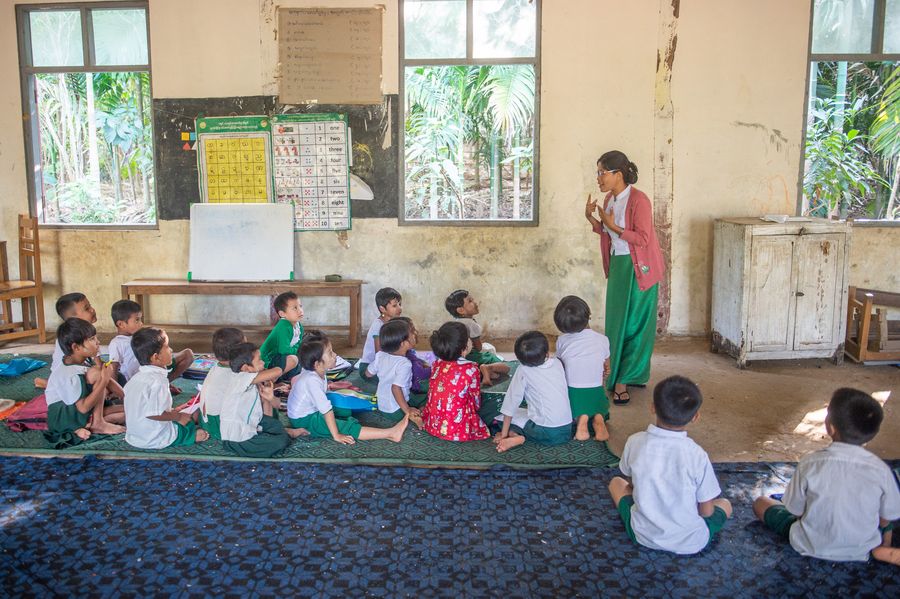 "This is a poverty-stricken area, and we want this project to push for development," he said.

The 72-year-old said the deep-sea port would not only boost living standards but provide a growth engine for the local economy.

Kyaw Kyaw Soe, an entrepreneur who has helped build China-Myanmar oil and gas pipelines, showed strong interest in the port project, saying "We wish to join the project because we want to share the development dividends."

Such a huge investment is bound to instill vitality into local development and push up the gross domestic product of the region, he said.

Because Kyaukpyu remains underdeveloped, young people have little opportunity to receive a higher education. They either fish for a living or opt to work elsewhere. To help equip young people with more practical skills, the CITIC consortium has set up a training center. 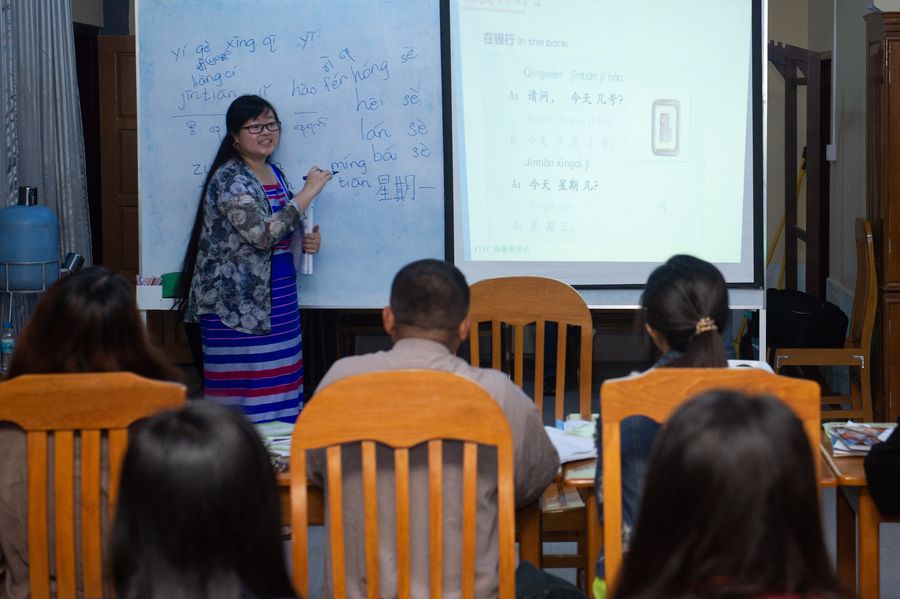 Aye Thandar Linn, who is learning Chinese at the center, is an associate professor at the Government Technical Institute in Kyaukpyu, which focuses on training young talent for the Kyaukpyu SEZ.

"It will be much easier for me to communicate with Chinese enterprises in the future if I can speak Chinese, when the special economic zone is completed," she said.

"I also hope mastering Chinese can enable me to get more opportunities for my students, for them to work in Chinese companies," Aye said. "My expectation is that our graduates land good jobs because of the deep-sea port."