"Like my home back in Uruguay, Gansu is a major wine producer in China. I'm looking forward to exchanges and cooperation with local winemakers through the fair," said Rivero.

Uruguay is one of the guests of honor at this year's event. Fernando Lugris, Uruguayan ambassador to China, said the growing market in western China has offered tremendous investment opportunities for Uruguayan enterprises.

"We see strong economic complementarity between Uruguay and Gansu Province. We will focus on cooperation on dairy products, olive oil and the meat industry this time," he said.

According to Lugris, Uruguay is the first country in the Southern Common Market to sign a memorandum of understanding on the Belt and Road Initiative (BRI) with China, and is ready to tap into more business opportunities in western China.

Benefiting from the BRI and the operation of the New International Land-Sea Trade Corridor, western China, which previously developed less rapidly than the eastern coastal area, is now on the frontier of opening-up. 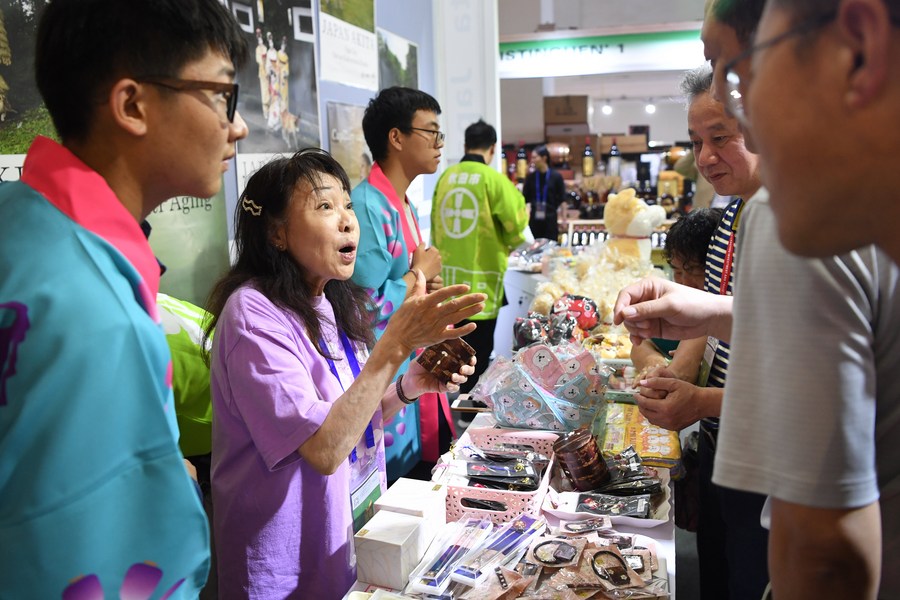 At a forum held at the fair, Li Yanqiang, president of Beibu Gulf Port Group in south China's Guangxi Zhuang Autonomous Region, said that the corridor, which connects about 10 western provincial-level areas like Sichuan, Yunnan and Guizhou, saw 2,902 freight train trips in the first half of 2021, up 72 percent year on year. The number of categories of delivered goods has surged from some 30 in 2017 to more than 500 now.

"We have developed nearly 10 different kinds of national logistics hubs along the corridor, showing the great potential of the western Chinese market," said Li.

Better services in transportation and infrastructure have brought more foreign merchants and investors to western China. Marteza Akbari, a sales representative for Iranian carpet, displayed their exquisite carpets and handicrafts at the fair.

He said that his business remained bullish on the western Chinese market partly due to the improved logistics facilities.

"I hope the BRI will tap substantial business opportunities so that more foreign entrepreneurs like me can benefit in western China," he said.